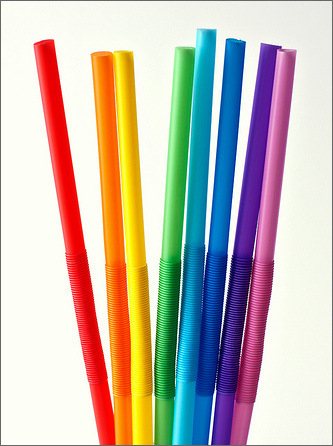 This year, cities across the country will be putting bans in place to make plastic straws illegal. In Seattle, this law not only bans straws, but other plastic utensils as well. The ban aside, about 200 businesses have agreed to make the switch as part of an industry-led campaign, dubbed “Strawless in Seattle,” to prevent the plastic from polluting ocean waters and threatening marine life.

A new bill proposed in California by State Assemblyman Ian Calderon could be damaging for plastic-straw industry if passed. People are buzzing about a motion that would make straws available only upon request. As the law stands, any server who brings customers a straw without their asking could face six months’ jail time and/or up to $1,000 in fines.

Now jail time might be a little excessive for offering a patron a straw, but given the momentum behind this bans, they will probably become just as common as plastic bag bans that have expanded across the country. As it turns out, the intense language currently built into the California law is only temporary. Calderon assures that when the proposal was sent to the state legislative rules committee, the fines and jail time were automatically tacked on because of health and safety-code regulations.

What is most interesting, is that the laws in both California and Seattle both give quite a few exemptions. The biggest exception is for fast food restaurants. Personally, these larger companies have more resources to implement these changes than do small restaurants and establishments. Many say the law is to help bring awareness to the issue, but if it is really going to make a difference, then larger companies should be leading by example.

But don’t fret if you are a straw lover like me. There are plenty of compostible and paper solutions that will still allow you to enjoy your favorite beverage with a straw. These paper straws on Amazon are a great deal and thanks to Prime, can be at your door in a couple days.