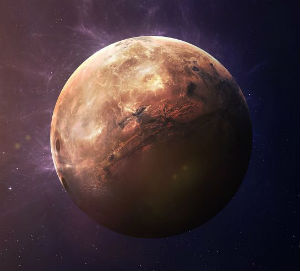 You may have heard people talk about Mercury Retrograde and wondered what they are really talking about. The term actually comes from the study of Astrology, so many people readily dismiss it. Retrograde refers to an object moving backwards. What physically happens is Mercury zips around the Sun at a faster speed than the Earth, passing us in orbit 3-4 times per year, making it seem like its moving backward from Earth’s vantage point.

This astrological occurrence seems to cause things in our lives to go haywire. After years of observation, I can say that during Mercury Retrograde there does seem to be increased miscommunications. The occurrence also seems to love to create havoc with travel plans and car problems. Also, during a retrograde period, it is not a good idea to push forward any practical venture. It is better to prepare for it rather than doing it and to move ahead later with the direct phase of Mercury

The first phase of Mercury Retrograde will start on March 22, 2018. Though it is set to wrap up around April 15, 2018, be aware that influence continues for many days after. For example, if Mercury is at 15 degrees Aries when it begins, it may go backwards moving into Pisces. Until it begins to move forward again on the astrological wheel and hits the same place at 15 degrees Aries, the influence continues to show itself in our daily lives. The second Mercury retrograde will occur in Leo July 5th to August 18th. The final one occurs in November 16th – December 6th, starting in Sagittarius and moving backwards into Scorpio.

With Mercury Retrograde on the horizon, the simple advice is to check and double check all your plans and details. Use that time to catch up on tasks you have put off. Most important, avoid getting into arguments and disagreements during this time, as the cloud of miscommunication will most certainly impact the outcome of those conversations.

Pronto by Giada opens at Ceaser’s