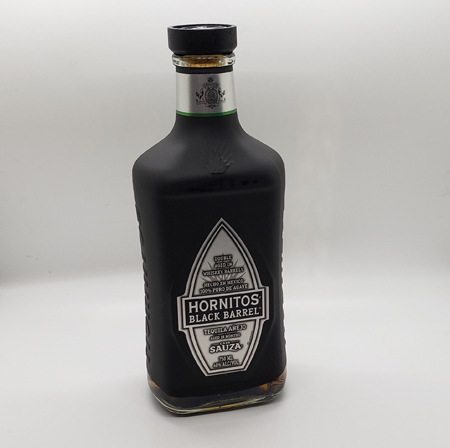 I have been a long time fan of Hornitos. I recall when I first started drinking tequila regularly, that Hornitos Silver was the go to tequila. But, the more I learned about the complexities of tequila, I realized that resposado was really my preference. But as I explored anejo and extra anejo varieties, I started to see how each different one has its own unique flavor profile.

It was actually at the Tequila Fest in Seattle that I was first introduced to Hornitos Black Barrel. If you know someone who likes Whiskey, then this would be a great tequila to introduce them to. This tequila is initially aged twelve months in American oak, then moved to “deeply charred” American oak for four months. At that point, the batch is moved again to “specially toasted” American oak for another two months. The resulting tequila, a kind of accelerated añejo, is a deep amber color.

The initial flavors are very oak forwarded given the aging process, with some very spicy undertones. This is definitely a richer deeper tasting tequila. After sometime, the agave shows through leaving you some hints of vanilla and sweetness.